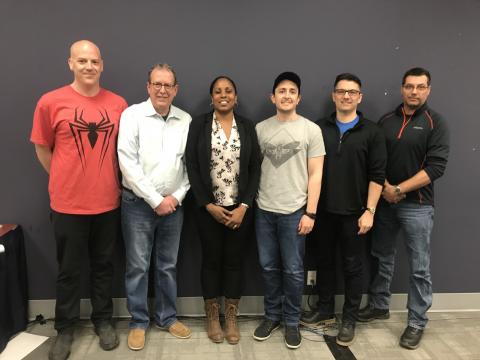 The bargaining team representing PSAC-Government Services Union (PSAC-GSU) members at the Royal Canadian Mint held another negotiations session with the employer from April 29 to May 3 in Ottawa.

The team continued discussions on outstanding non-monetary items and also presented the union’s monetary package. The employer provided a first round of responses and the bargaining team explained the rationale behind the union’s main proposals.

The next bargaining meeting will be held from July 8 to 12 in Winnipeg. PSAC-GSU intends to continue discussions on outstanding non-monetary and monetary issues. Indeed, the next bargaining session will be crucial as the union continues to advance members’ monetary concerns.

Your bargaining team is committed to securing a fair collective agreement for the membership and your ongoing support is greatly appreciated.

Please sign up for email updates on bargaining with the Royal Canadian Mint (Locals 70024 and 50057).