Research Assistants at Queen’s University fighting for a first contract 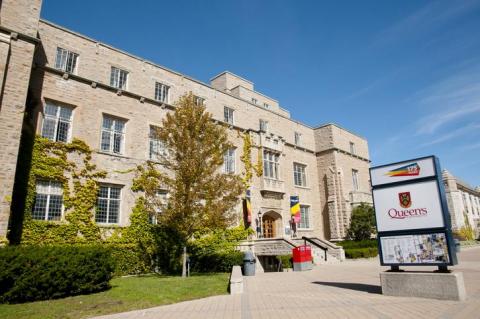 The biggest issue facing these workers, and one that is common across the sector is the growing precariousness of academic employment. The Local has created a new mobilizing campaign to address this issue, with the creation of a new superhero named Precarious.

This new masked hero is here to aid Research Assistants in their epic battle for fair wages, health and dental benefits, paid health and safety training and intellectual property rights.

Superhero Precarious made a first appearance in the comic book The Exploits & MisAdventures of Precarious. The colourful comic book, distributed on campus, has helped to encourage members and allies to support the bargaining team in a new interactive way. PSAC mobilizers have engaged with members on the issue of precarious work in one-on-one conversations and have invited supporters to dispatch postcards with hand-written messages supporting fair wages to the employer.

Craig Berggold, President of Local 901 stated, “We’ve had some great feed-back from members and the community about the campaign. It’s challenging to catch the attention of members and supporters, but once you reach them and explain the issues there is a lot of support out there and our members and bargaining team appreciate that so much”.

In February 2017, Queen’s research assistants who work in laboratories and libraries won the right to unionize after PSAC’s coordinated organizing drive and joined thousands of other PSAC members in the academic and research sectors.

Follow this creative campaign on Twitter at @PSAC901. Tweet a message of solidarity #WeLoveRAs, and superhero Precarious may just make an appearance at your precarious workplace.