PSAC started filing complaints almost immediately after equal pay for work of equal value — also known as pay equity — became federal law in 1977 (Section 11 of the Canadian Human Rights Act).  A few early complaints against Treasury Board were settled relatively quickly, including a complaint for the Library Science workers in 1980 and for the Food Services and Laundry Services workers within the General Services group in 1982. The largest complaints took years to resolve, however, in some cases spanning decades.

In 1984, PSAC filed a pay equity complaint against Treasury Board with the Canadian Human Rights Commission on behalf of the Clerical and Regulatory (CR) group. A subsequent joint PSAC/Treasury Board pay equity study conducted over a four-year period confirmed there was pay discrimination.

When Treasury Board failed to implement the joint study results, the union filed another complaint with the Human Rights Commission, on behalf of the CR group and PSAC members in five other female-dominated groups. The Commission appointed a tribunal to hear the case in 1990.  Six years later, the Tribunal ruled that the joint study data was valid and could be used to analyse the complaint. During that time, members sent mock invoices to the government for the money they were owed, filed grievances and staged protests and events across the country.

In June 1998, the Human Rights Tribunal ruled that Treasury Board had discriminated against PSAC members and ordered that pay equity adjustments be paid out retroactive to March 8, 1985 – the date of the original joint pay equity study announcement. It also ordered that pay equity adjustments be integrated into wage rates as of July 1998. After so many years, PSAC members told the federal government: “Don’t delay – just pay!”

Twenty days later, PSAC and Treasury Board had negotiated and signed an agreement to implement the Tribunal decision. In 2000, more than 15 years after the initial complaint, some $3.2 billion in salaries and interest was paid out to over 230,000 current and former PSAC members – the largest pay equity case in Canadian history.

Government of the Northwest Territories

PSAC achieved a $50 million settlement with the Government of the Northwest Territories as a result of a complaint filed in 1989 that covered employees in female-dominated occupational groups in various departments, boards and agencies.

Like other pay equity complaints, it had its share of delays and legal battles.  After a joint study was completed in 1991, various attempts over the next two years to negotiate a settlement and negotiate a new job evaluation plan proved unsuccessful.

The following five years were spent in legal wrangles, which delayed a Canadian Human Rights Tribunal from starting its work.  Hearings finally started in 1999, and by early 2002, over 100 days of hearings had been held.  While the Tribunal process proceeded, the two parties, assisted by the Canadian Human Rights Commission, negotiated a

settlement that was approved by the Tribunal on June 25, 2002. 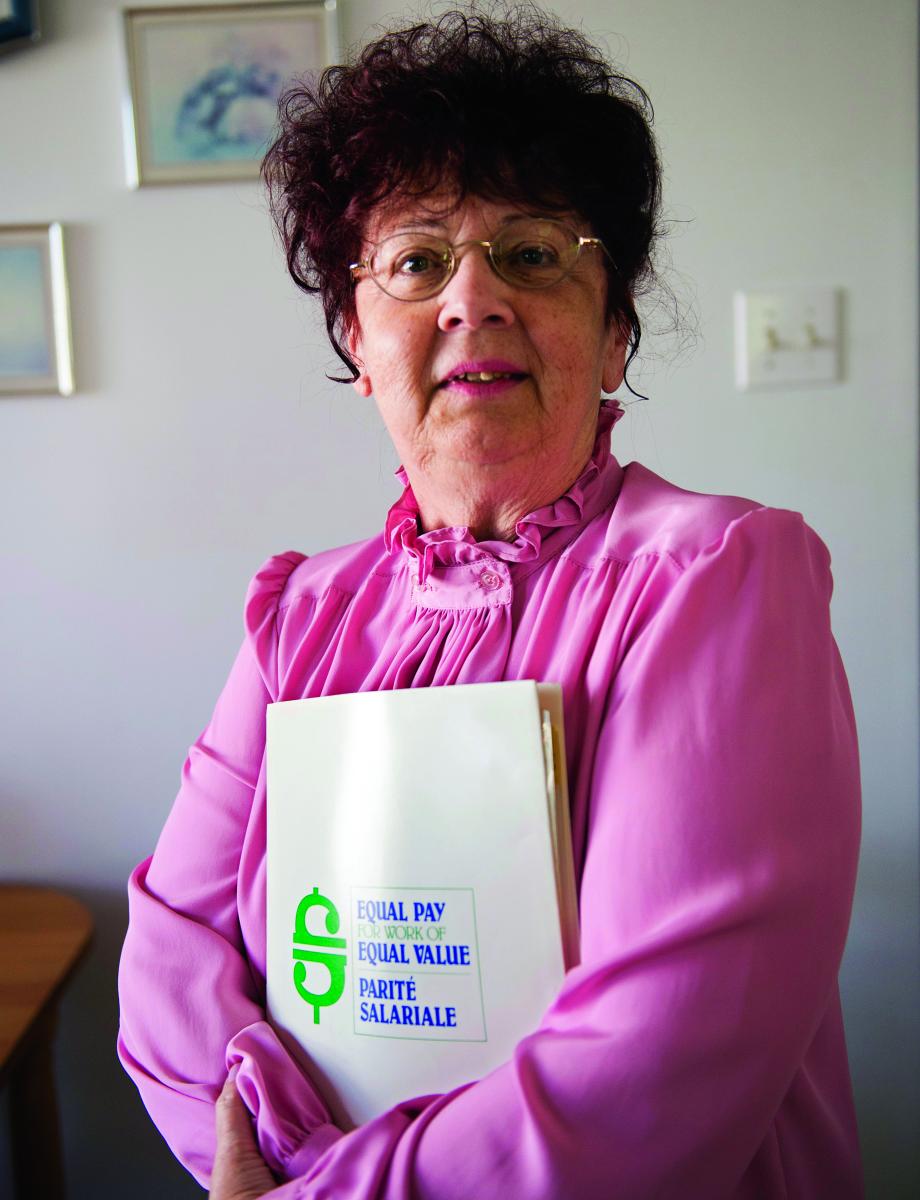 A pay equity case that took 30 years to reach a successful conclusion started in September 1983 when PSAC filed a complaint on behalf of the Clerical and Regulatory Group (CR) at Canada Post. The union argued that the work of benefits clerks, accounts payable clerks and frontline contact centre workers was undervalued when compared to workers in the Postal Operations Group, a male-dominated group that included letter carriers, mail handlers and mail sorters.

The Tribunal started hearings in February 1993.  From then until 2003, there were 415 days of hearings with the transcripts exceeding 46,000 pages. In the meantime, Canada Post persisted in using the courts – unsuccessfully – to try to derail the Tribunal’s work.  Finally, on October 7, 2005, the Tribunal issued a 279-page decision upholding the complaint.

The Supreme Court agreed and the union’s appeal was heard on November 17, 2011.  In a rare move, Chief Justice Beverly McLaughlin issued the Court’s unanimous decision directly from the bench that same day.  The Supreme Court restored the original decision of the Human Rights Tribunal.

Despite this resounding victory, Canada Post continued to delay and it took until August 2013 for the Tribunal’s decision to be implemented and for PSAC members or, in too many cases, their estates, to start being paid the money they were owed.

up
Show all on one page