PSAC joins residential school survivors, Indigenous communities and all Canadians in grieving the disturbing discovery of as many as 751 unmarked graves near the former Marieval Indian Residential School in Saskatchewan.

Though the news wasn’t unexpected, after the recent discovery of the remains of 215 children at the site of the former Kamloops Indian Residential School in B.C., the sheer magnitude is an unimaginable tragedy. The severity of this news, just days after  National Indigenous Peoples Day and during National Indigenous History Month, is made worse knowing the federal government and Catholic Church conspired to hide the genocide of Indigenous children for decades.

“Words cannot describe the heartache we feel for survivors of residential schools, the families of the victims, and all Indigenous communities,” said PSAC National President Chris Aylward. “And words are not enough. For too long, Canadians have ignored the structural injustices and violence faced by Indigenous peoples. This must be a time for action.”

PSAC once again calls on Prime Minister Justin Trudeau and Ministers Carolyn Bennett (Crown-Indigenous relations) and Marc Miller (Indigenous services) to mandate the urgent fulfillment of its commitments to Indigenous peoples, including prioritizing the Truth and Reconciliation Commission of Canada’s Calls to Action.

We also join the growing number of voices demanding the Catholic Church, which ran approximately 60 per cent of residential schools, take responsibility for these atrocities. The church must immediately issue an apology and release all residential school records, which may reveal the location of other unmarked burial sites.

While this news will be upsetting for many Canadians, no one will be more affected than the estimated 80,000 resident school survivors living today and the families of the victims who never returned home. This heartbreaking discovery, and the ongoing work to uncover more bodies, will undoubtedly reignite the pain that so many Indigenous families have felt for decades.

The responsibility of reconciliation lies with the Canadian people. It starts with recognizing privilege and unconscious bias, speaking out against racism and discrimination, and taking action to support Indigenous survivors.

The Indian Residential Schools Crisis Line (1-866-925-4419) is available 24-hours a day for anyone experiencing pain or distress as a result of their residential school experience. Additionally, immediate mental health counselling and crisis intervention is available 24-hours a day to all Indigenous peoples across Canada via the Hope for Wellness Helpline (1-855-242-3310).

How to show your support

A brief history of residential schools

The Truth and Reconciliation Commission of Canada previously determined that at least 3,200 Indigenous children died while attending residential school. But that number continues to rise as it is estimated that only one-third of graves are marked, and the work to uncover more unmarked graves continues. The ongoing impact of residential schools has been felt throughout generations.

Following the grim discovery at the former residential school site in Kamloops, the federal government announced a $27 million fund to help pay for searches at schools across the country. This is an encouraging step in the right direction, but this government has a long way to go to reach reconciliation with our Indigenous peoples. 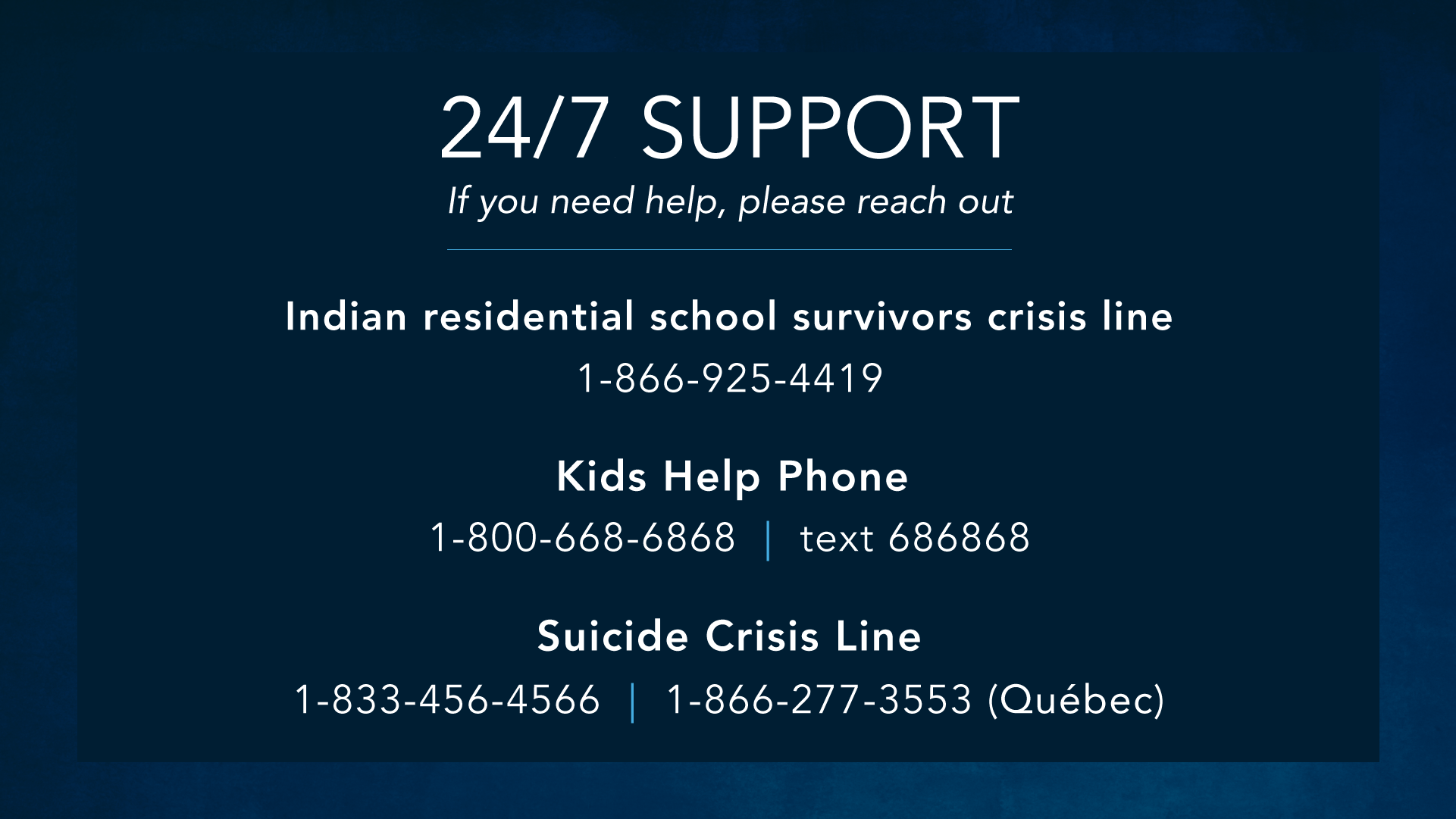