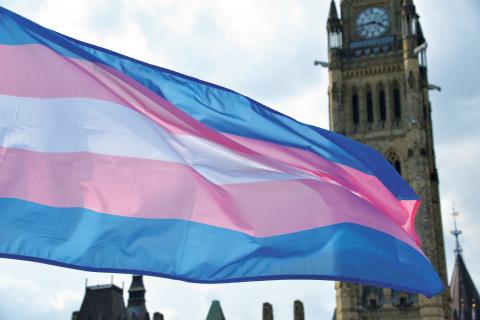 On November 20th, Trans Day of Remembrance, PSAC mourns and commemorates the trans, two-spirit and non-binary people who have lost their lives to transphobia. We honour the work that is being done in communities across the world to combat transphobic violence.

PSAC is working hard to eradicate violence and discrimination against trans workers. We have successfully bargained to include “gender identity” and/or “gender expression” in anti-discrimination clauses in 132 collective agreements.

In 2012, activists at a PSAC local won dedicated transition leave and coverage for medical costs related to transition. In 2013, our union started delivering workshops on defending trans rights to stewards and other members.

Trans, two-spirit and non-binary people are our co-workers, friends, family members and neighbors. On the Trans Day of Remembrance, we mourn and grieve together – and recommit to end violence against all trans people.