SNC Lavalin is one – but how many others are there? It’s time to have a conversation about government’s relationships with corporate Canada. 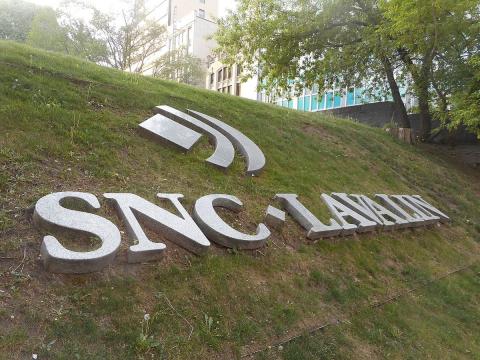 When talking about integrity and ethics, this federal government has said all the right things. The changes to the Integrity Regime for Procurement were meant to ensure that the government only conducts business with ethical companies – that our tax dollars and public services are used for good, and not corruption, fraud or predictable mismanagement.

This, however, is at odds with the current behaviour of senior government officials when it comes to their dealings with SNC Lavalin and other companies.

Currently, the government has approved two corporate consortia to bid on a massive project—valued at an estimated $5 billion—to build, operate and maintain several central heating plants in Ottawa-Gatineau. One consortium includes SNC Lavalin and the other includes Engie/Suez. Both are companies with a history of controversies.

The current news cycle is congested with stories about who in the PMO might have tried to sway the previous Minister of Justice in the current SNC Lavalin corruption case, and who lobbied whom.

SNC Lavalin is a company with a long history of corruption. They are currently in Canadian criminal court facing charges of bribery and fraud, stemming from dealings with Libyan public officials. The company and many of its affiliates are also currently barred from bidding on World Bank projects, and are listed on the World Bank’s corruption list, after problems with a project in Bangladesh. There are many other cases of corruption, lawsuits, and troubled projects in which SNC Lavalin has been involved. Of particular concern is the influence the company may have on the Trudeau government's decisions regarding trade with the Kingdom of Saudi Arabia, given their frequent lobbying activities.

Back in 2015, the Liberal government had the opportunity to suspend SNC from bidding on federal government contracts because it was being investigated by the RCMP, but instead struck a deal barely a month after being sworn into power. This deal has allowed SNC to continue activities such as the Montreal Champlain Bridge — that is significantly delayed, over budget and tied to possibly new criminal charges against the company — and well as the operation of the Chalk River Nuclear Lab and construction of a nuclear waste facility there, contrary to the recommendations of nuclear scientists. Questions are currently being raised about the future of the company, should convictions ensue.

Engie is a French multinational, which spun off its water company, Suez Environment, but still holds a 35% stock. Suez Environment operates public-private partnerships (P3) in the water treatment and waste management sectors, , often to disastrous results. For example, in Bayonne, New Jersey, a P3 deal with Suez and KKR has left residents with skyrocketing rates. And in Hoboken, New Jersey, a series of water main breaks have caused problems for the city. Suez, which is in charge of operating the system, denies responsibility and has insisted that the city and its taxpayers invest more of their own funds on infrastructure improvements. The city is suing Suez.

In Europe, Suez and a number of other water and waste water conglomerates are involved in several corruption cases and insinuations of others in Africa for the awarding of public contracts.  Engie has admitted responsibility for problems with cracks in concrete at nuclear power plants in Brussels.

Why has the Government of Canada included Engie as one of the proponents for the heating plant project and the successful proponent for Library and Archives Canada’s new preservation centre in Gatineau, and Suez as the provider of Sewage Treatment equipment for Parks Canada?  Why has the government allowed SNC Lavalin to continue to bid on federal projects, including the volatile heating plants, which heat and cool most of the major federal buildings in the downtown core?

Do we really want to trust the care of Canada’s most important historical documents to companies with this kind of record? Or the building, operation and management of infrastructure that is core to the health and safety of 50,000 public sector workers?  ‘

P3s are a cash cow for private companies. They provide regular income for corporations over the course of decades-long contracts, but often transfer the risk and increased costs to the public.

If our government wants to ensure ethical contracting practices, and that Canadians’ tax dollars are put to good use, then they must stop working with, and accepting bids from corporations saddled with dubious records and pending criminal charges.  They must consider the public good as paramount in all decision-making. They must ensure that public services are provided by public service workers, in publicly owned, maintained and operated facilities.