The Public Service Alliance of Canada has been awarded the 2020 Fighting Oppression Award by the Canadian Association of Labour Media (CALM) for our 2019 campaign Towards Inclusion.

The award recognizes excellence in communications initiatives that raise consciousness and contributes to struggles against racism, sexism, homophobia, ableism and other forms of oppression and discrimination. Twenty-two award recipients were named in June as part of CALM’s annual commemoration of distinguished union publications and productions.

Towards Inclusion featured a video series promoting trans-inclusivity and education for LGBTQ2+ allies in the workplace. Affirming the rights of transgender and gender-diverse workers forms part of PSAC’s ongoing commitment to uphold human rights at work, in our communities, and around the world. 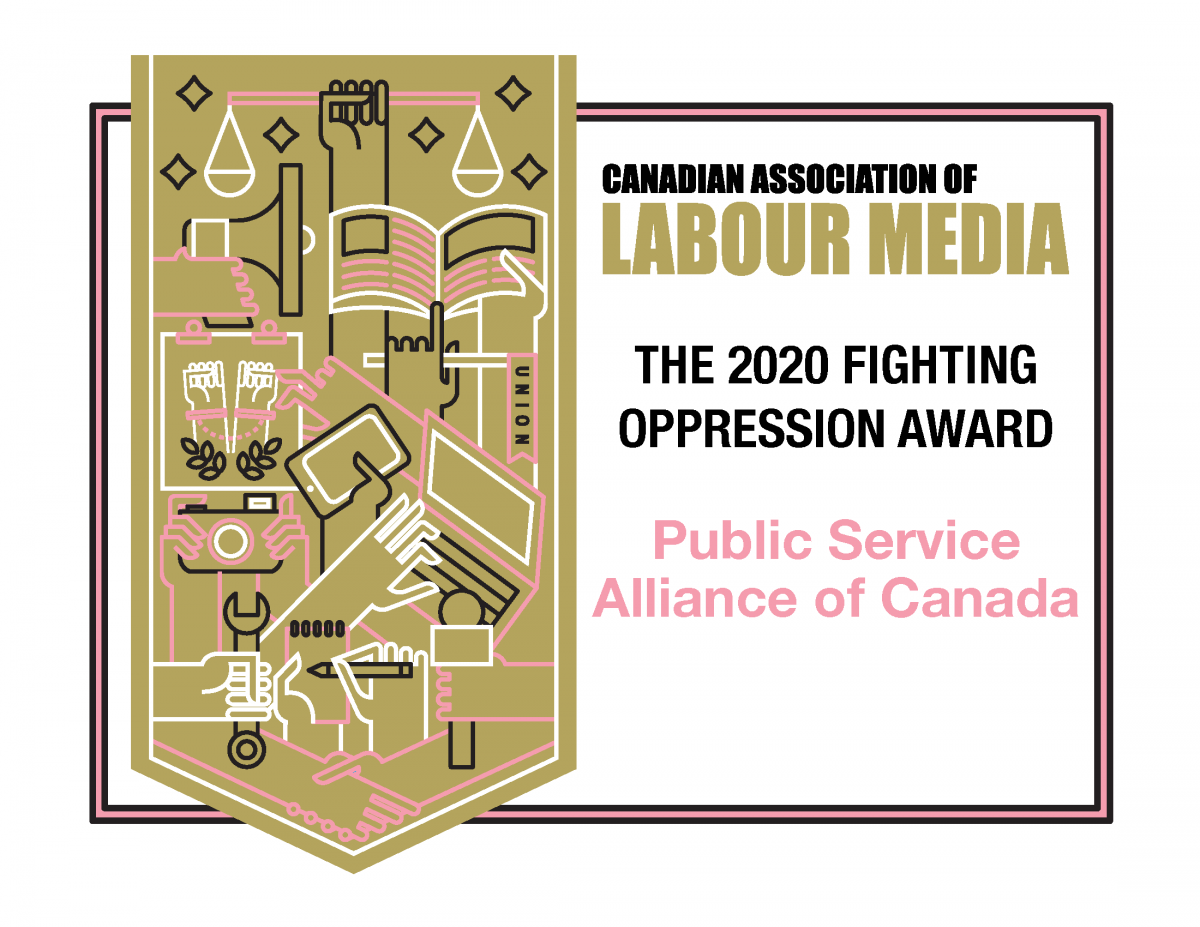