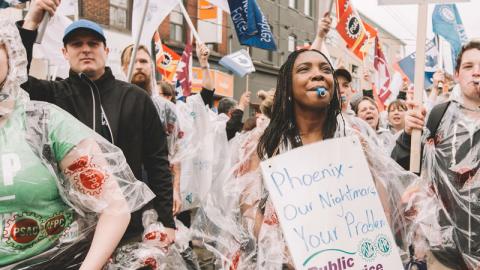 Three years into the Phoenix pay system disaster, the recent Public Service Employee Survey confirms the massive impact it has had on hundreds of thousands of workers, and the large scale of problems that remain.

The latest statistics, confirmed by over 160,000 employees who completed the survey, make it clear that the Government of Canada owes its workers compensation for the many hardships they have endured and will continue to endure for years to come.

*percentages based on the number of respondents for each question

“These numbers make two things very clear,” said PSAC President Chris Aylward. “The government must increase its efforts to reduce the number of Phoenix cases created day-today, as well as to eliminate the massive backlog. But equally important, the government must also pay damages to our members for the financial, material and emotional impacts of this disaster.”

“Federal Public Service workers have been paying for the government’s mistakes for years, and it’s time for our government to start paying them back.”