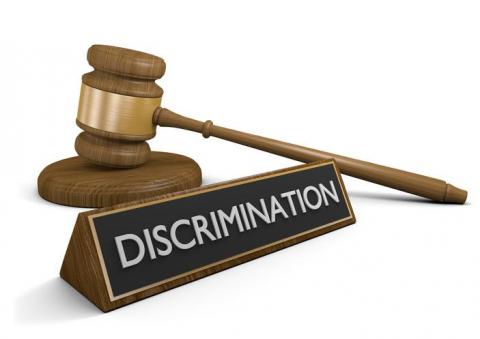 In 1966, the United Nations proclaimed March 21 as the International Day for the Elimination of Racial Discrimination.

This year, PSAC calls on the Liberal government to address the systemic causes of racism and racial discrimination.

The Liberal government has promised $23 million over two years to support cross-country consultations on a new national anti-racism approach. It also proposed $19 million over five years to address the unique challenges faced by Black people in Canada, including improving support for youth at risk and for research for culturally focused mental health programs.

It is vital that the federal government consult the racialized communities to develop a national anti-racism action plan. The basis for any action plan must be rooted in the 2001 United Nations Durban Declaration and Programme of Action and the 2017 Recommendations of the United Nations Working Group of Experts on People of African Descent.

The federal budget also committed to address gaps in gathering data and to better use data related to diversity, “to better understand the barriers different groups face.” This includes creating a new Centre for Gender, Diversity and Inclusion Statistics

The government’s budget proposals, while a step in the right direction, are still inadequate in addressing the long-standing discrimination against racialized people which are rooted in systemic and institutional policies, laws and practices.

Diversity and inclusion in the federal public service

There are some positive initiatives arising from the federal budget pertaining to immigration.  For example, the federal budget proposes funding a three-year pilot project to support programing for newcomer racialized women who experience barriers due to language, racism, gender, income and other barriers.

However, the federal budget does not address the systemic racism embedded in immigration laws and policies.

Canadian immigration law has been criticized for allowing the indefinite detention of immigrants, refugee claimants and temporary foreign workers. The budget provides more funding to process asylum claimants and for legal representation for asylum seekers. However, the budget does not address other barriers, such as the limited number of refugees admitted.

Another group affected by Canada’s discriminatory immigration system are temporary foreign workers. The government proposes to fund a compliance regime to “ensure the rights of temporary foreign workers in Canada are protected and enforced” and a pilot a network of support organizations for workers dealing with potential abuse by their employers. However, it does not address the systemic barriers in accessing permanent residency for foreign migrant workers. For example, their work permits remain tied to one employer, which makes them vulnerable to exploitation and abuse, often without recourse.

The federal budget provides funding for more resources in the criminal justice system so that cases can be dealt with in a more timely way. However, it does not address the issue of racial profiling by law enforcement agencies.

Racialized people are more likely to be “carded” or stopped, questioned and documented by the police, whether or not an arrest or charge is made. Black and Indigenous peoples are also over-represented in federal prisons despite indications that they are not more likely to participate in crimes than other people.

To commemorate this year’s International Day for the Elimination of Racial Discrimination, PSAC urges its members to call out the federal government’s own discriminatory policies and practices and to pressure it to develop an action plan that address the root causes of systemic racism. PSAC also calls on its members to make alliances with racialized peoples and groups and join them in advocating for a racism-free Canada.